We're open 24/7 and ready to help you during COVID-19 with Sanitization Solutions.

Everyone is taking a cold shower for ALS. 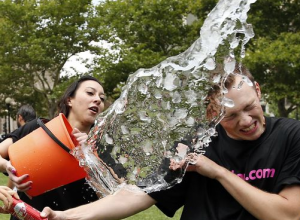 In an effort to raise awareness for amyotrophic lateral sclerosis, better known as Lou Gehrig’s Disease, the ice bucket challenge has over taken social media. This is a good-natured trend supporting a good cause, as long as it is done responsibly. I If your name is announced for the Ice Bucket Challenge, take the plunge for a the valiant cause, just be sure to do it outside. On the off chance the challenge is performed inside, call a water damage West Palm Beach company right away to prevent mold from forming and other detrimental causes of floods.

The idea behind the ice bucket challenge is to dump a bucket of ice water (hence the name) on your head, then list three names. 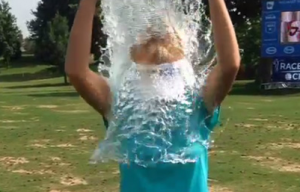 Those people must either follow suit by drenching themselves in freezing H2O, or donate a minimum of $100 to the ALS Association. Of course, there is no guaranteed participation, but no one likes a poor sport. Some of the big names that have bathed in this particular social media glory include Facebook’s founder, Mark Zuckerberg; Govenor Chris Christie, and Twitter CEO Dick Costolo. Zuckerberg has recently called Netflix CEO Reed Hastings and Microsoft founder Bill Gates to the stand. Only time will tell if they will all accept the challenge. With all of this water splashing about, one thing is certain, water damage West Palm Beach services will be needed now more than ever.

Can Water Damage Occur due to the Ice Bucket Challenge?

Yes, the ice bucket challenge has recently risen to the top of the list as a main cause of water damage. 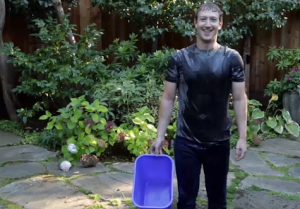 While we all know the younger generations rule social media, many adults have gotten into this well-intentioned trend. Between the innocent naivety of children and liquid immaturity found in adults, many ice bucket challenges are being performed on carpets and wood surfaces. If you come home to floods, whether they are due to sewage, storms, or a lack of fore-thought, call water damage West Palm Beach professionals to repair the damage and prevent it from happening again.

How can I Prevent Water Damage from the Ice Bucket Challenge?

When you commit to the ice bucket challenge, do it outdoors to prevent water damage. Finding an open field will allow you to take part of this social media craze at the same time you water the plants. It is a win-win for everyone. In general, it is a good idea to keep spilling water away from your home, even on the exterior, because it could seep into the foundation if allowed to sit long enough. So be sure to stand at least 10 feet from your property before dumping the ice water on your head.

What does Ice Water Have to do with ALS?

In a word, nothing, though it was raised over $4 million for the organization since July 29th. 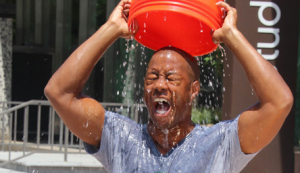 In comparison to last year’s $1million donated in the same time period, this is quite a showing. The real reason for the ice water is the blazing hot summer. This is a fun activity everyone can partake in to cool off, while helping other people in need.  While ice water does not directly relate to amyotrophic lateral sclerosis, it does lead to other problems, such as hypothermia and water damage. When you are called out for the ice bucket challenge, be sure to undertake the task safely and responsibly. If you do end up needing water extractions after the generous act, be sure to call professional water damage West Palm Beach experts so that mold and other leaks do not occur as an after effect.